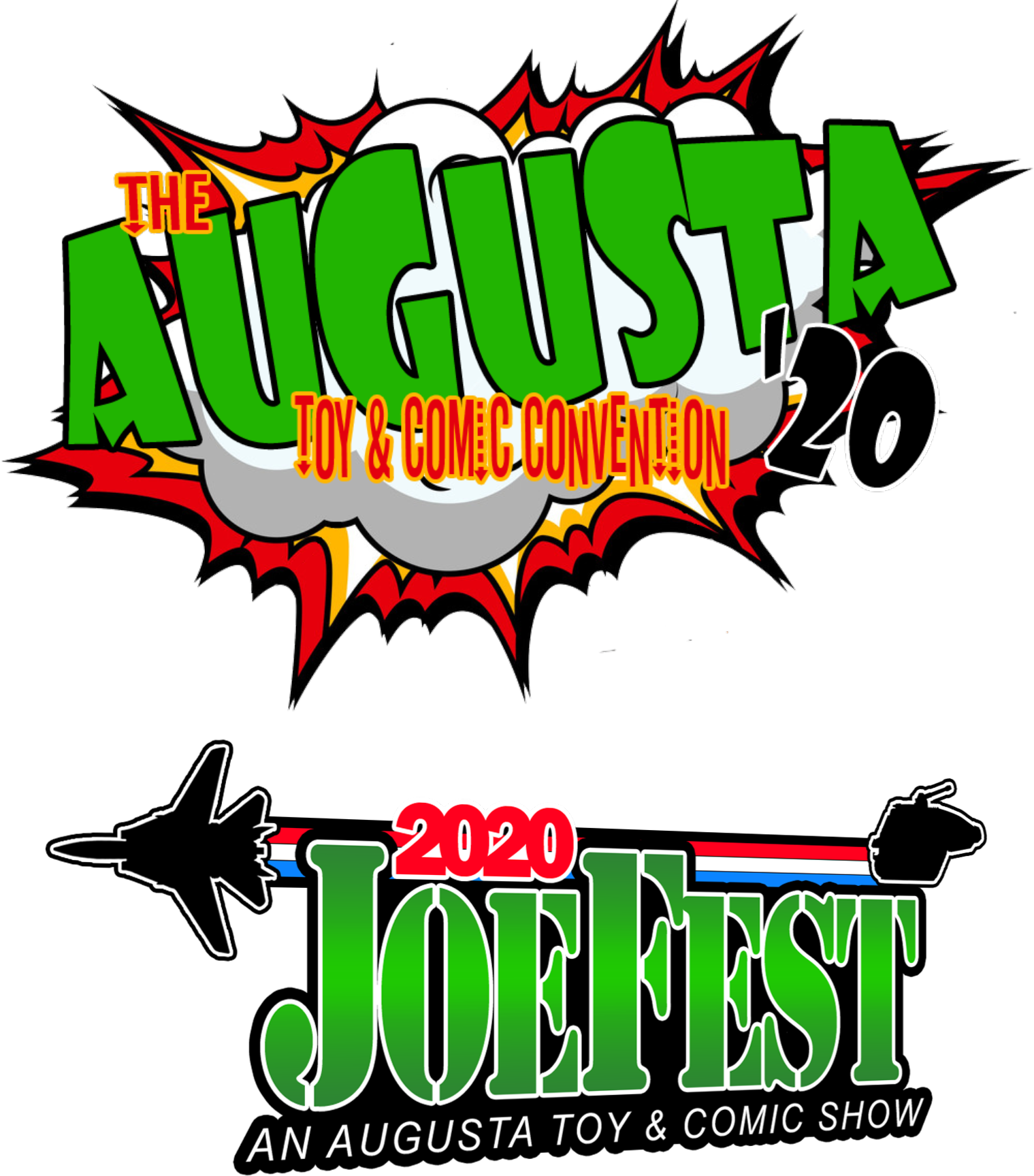 Weekend Badges and Single Day Admission will be available October 4, 2019 via Eventbrite.com

FOR VENDOR INQUIRIES OR QUESTIONS PLEASE USE THE “CONTACT US” PAGE OR EMAIL US AT :

For our 2020 Hotel Discounts at the Augusta Marriott at the Convention Center please use this link to book now!

We are proud to announce One Stop Comic Shop a facilitator for CGC comic book grading and autograph witness services will be a vendor for the first time in the Augusta area!!!
This is what you have been asking for!! Bring your comics to get slabbed by the world’s best! CGC Grading is widely recognized for their reliability and expert care for your comics and autographed collectibles!!
In addition to their grading services, the team at One Stop Comic Shop will have a witness from CGC, on site to certify your autograph obtained from our 2020 celebrities such as Cara Buono, Sgt. Slaughter, Brian Cummings, Mary McDonald-Lewis, Ron Rudat, Robert Atkins, John Royle, Tom Feister, Steve Lydic, Larry Hama, Brian Shearer, Chad Bowers, Kickliy, and so many more!!

Please visit their website for more information at:   https://onestopcomicshop.com/

WATCH GREAT SHOWS ON THE CW AUGUSTA INCLUDING SUPERGIRL, THE FLASH, BATWOMAN, AND CRISIS ON INFINITE EARTHS AND LEGENDS OF TOMORROW TO SEE YOUR FAVORITE SUPERHEROES IN ACTION WEEKLY! AND STOP BY THE CW AUGUSTA BOOTH FOR GREAT PRIZES AT THE AUGUSTA TOY AND COMIC SHOW JUNE 27-28, 2020!!

Cara Buono is a family oriented actress with one child and husband. She was born in the Bronx, New York and lives in Greenwich, New York. She is from a hard working family of Italian descent, and a Columbia University graduate.

Cara Buono made her acting debut at age 12 in a Harvey Fierstein play “Spookhouse.” She continued on Broadway and Off Broadway, and started her film career opposite Ethan Hawke and Jeremy Irons in Waterland (1992).

You will remember her as Bruce Banners’ mother in the 2003 film the Hulk as Edith Banner, and Kelli Moltisanti in the HBO drama series The Sopranos. She was in the fourth season of  the AMC drama series Mad Men as Dr. Faye Miller, in which she received an Emmy nomination for Outstanding Guest Actress in a Drama Series.

She currently stars in the Netflix series Stranger Things as Karen Wheeler in a key recurring role, as has just been announced in a new recurring role as Gamemnae in the CW series Supergirl!

Do not miss your chance to meet Cara Buono right here in Augusta, Ga! 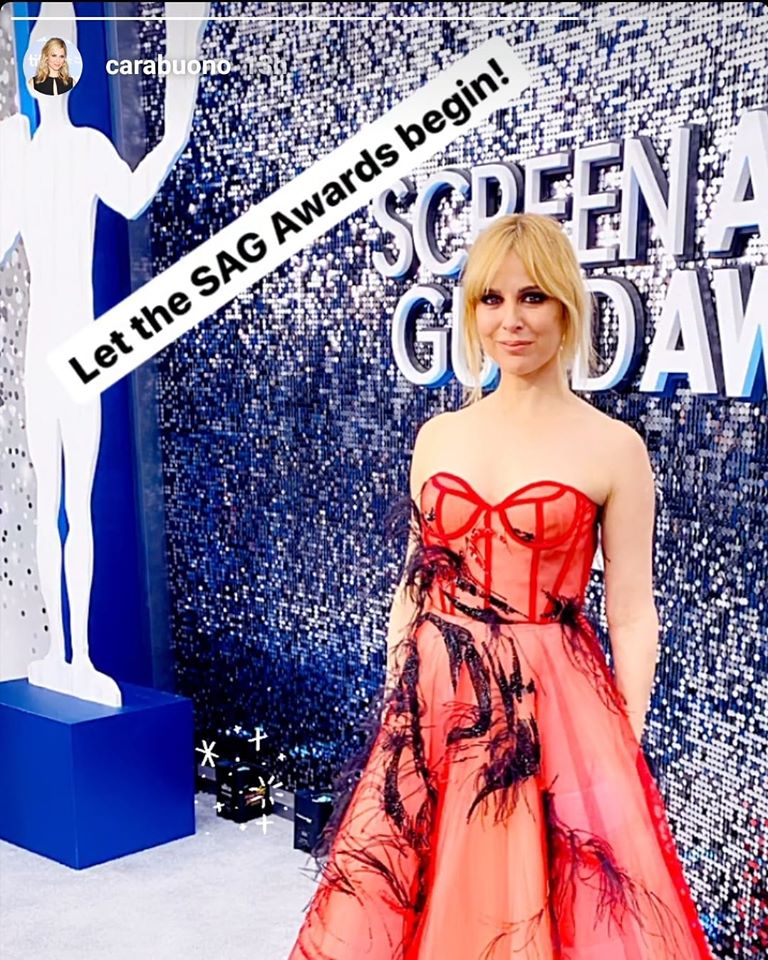 Foe a full list of TV and film credits see below courtesy of wikipedia.com

We are proud to bring you in 2020 an icon and a legend, a U.S. Marine, A Real American Hero, Sgt. Slaughter, a WWE Hall of Fame member, WWF alumni, pro wrestler, and a living G.I. Joe, will be right here in Augusta June 27-28, 2020! He is greatly remembered for being on so many television sets entertaining via wrestling and a member of the G.I. Joe team in comics and on the classic Sunbow television series. He was also commissioner of the WWE! Don’t miss this rare chance to meet your hero right here in Augusta, GA!!

Brian Cummings is coming to the Augusta Toy and Comic Show 2020 in Augusta, GA, June 27-28, 2020! You’ll know Mr. Cummings from Duck Tales, Beauty and the Beast, G.I. Joe A Real American Hero, Transformers, the New Scooby-Doo and Scrappy-Doo Show, the Jetsons, Pound Puppies, the Berenstain Bears, Spider-Man, the Jungle Book 2, and so many others!
Don’t miss your chance to meet this legend!
Mr. Cummings will be available for autographs and photos right here in Augusta, GA, at the all new Augusta Convention Center!
Presented by our friends 80’s Toys of Princeton WV. See their new storefront at 935 Mercer Street in beautiful Princeton, WV!

Meet the great Mary McDonald-Lewis, the voice of Lady Jaye from the GI Joe cartoon and movie, the voice of Lois Lane from Hanna Barbara’s Super Friends, and Mary the voice of On Star in all GM equipped vehicles! Do NOT miss your opportunity to meet this voice over legend who’s gritty voice inspired the famous YoJoe call to all!
Mary McDonald-Lewis will be in attendance June 27-28, 2020 in Augusta, Georgia at the new Augusta Convention Center located at 901 Reynolds Street!

Larry Hama is an American comic-book writer, artist, actor, and musician who has worked in the fields of entertainment and publishing since the 1960s.

During the 1970s, he was seen in minor roles on the TV shows M*A*S*H and Saturday Night Live, and appeared on Broadway in two roles in the original 1976 production of Stephen Sondheim‘s Pacific Overtures.

He is best known to American comic book readers as a writer and editor for Marvel Comics, where he wrote the licensed comic book series G.I. Joe: A Real American Hero, based on the Hasbro toyline. He has also written for the series Wolverine, Nth Man: The Ultimate Ninja, and Elektra. He created the character Bucky O’Hare, which was developed into a comic book, a toy line and television cartoon. 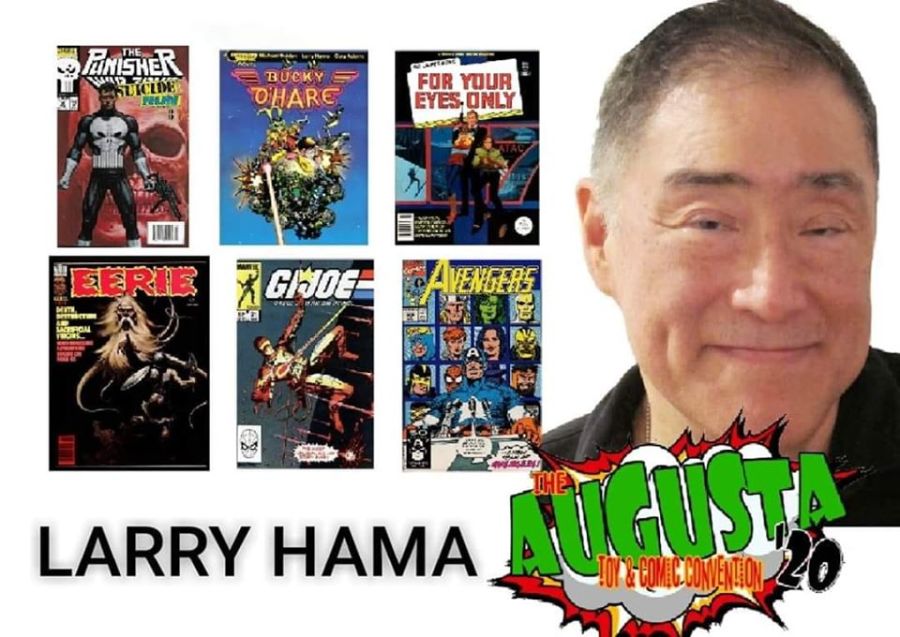 Please welcome the fabulous John Royle, the cover artist on the IDW Publishing series G.I. Joe A Real American Hero! Our convention is June 27-28, 2020 at the Augusta Convention Center!
This will be Mr. Royle’s first convention in the United States as he travels to us from the United Kingdom!
His works include art for Marvel, DC, Zenescope, Dynamite, IDW and more! Find his covers for series such as Robyn Hood, Doom 2099, Danger Girl, Bettie Page, Blade Runner 2019, and so many more!
We are honored to add his incredible talent to our growing 2020 lineup!

“I’m so excited to be a guest at the Augusta Toy and Comic Show featuring JoeFest in June 2020 and so we’ve done this recoloured day version of the original night version of my G.I.JOE #249 cover as a fun print included for anyone that gets one of their VIP packages at the convention. Beautiful recolour by Sebastian Cheng! If anyone would like it signed just stop over at my table and say hello.” 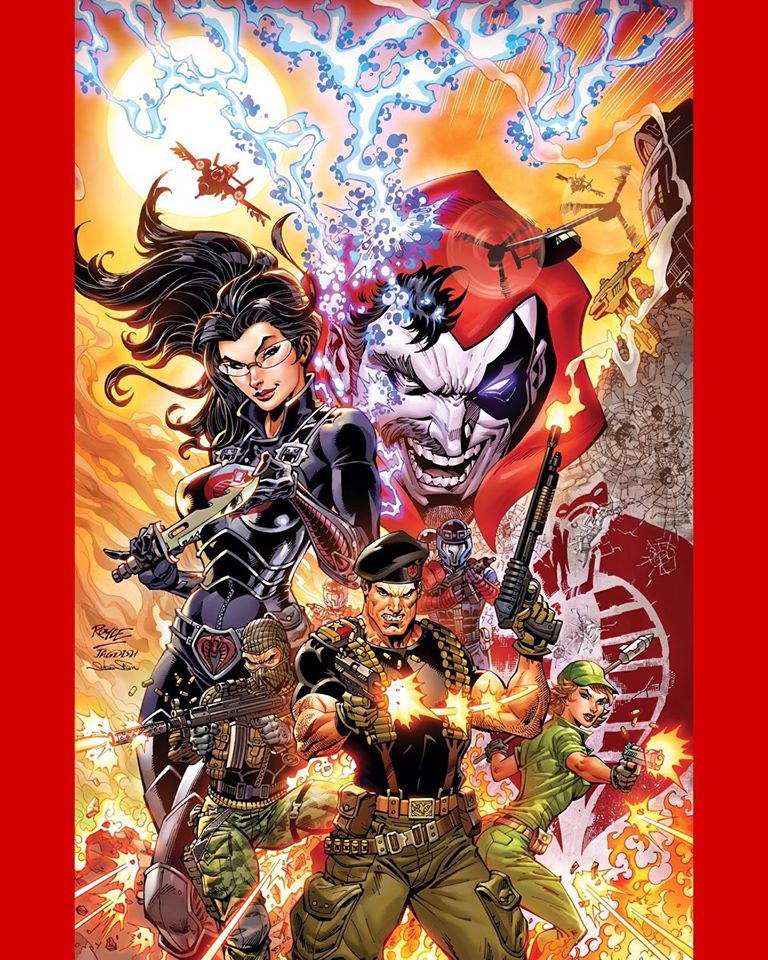 Ron A. Rudat designed every G.I. Joe character from 1981-1986 and has given his likeness to the character Leatherneck. Dusty, G.I. Joe desert trooper, is named after him. He created the Cobra sigil. Influential to the strongest and popular selling toy line, G.I. Joe. the world has ever seen! Don’t miss your chance to meet the legend here in Augusta! And don’t miss the Ron A. Rudat VIP experience only here in Augusta as we celebrate his 50th wedding anniversary with a special limited dinner, An Evening With The Rudats!! 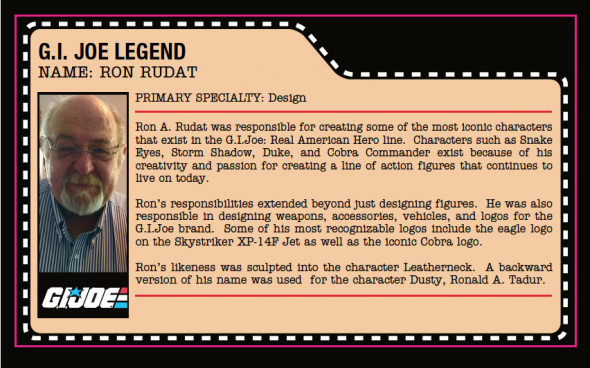 Bobby Vala is an award winning toy design professional who has worked on some of the largest brands in the toy industry such as the Marvel Cinematic Universe & Legends as well as G.I. Joe. Bobby is in the process of launching his new toy company and will be excited to show his product at the Augusta Toy and Comic Show! Valaverse will be a 6 inch military line which will be unveiled in Augusta this June at our show. Come see the prototype paintmasters, grab an action force t-shirt, and meet the creator! For more information please visit https://valaverse.com 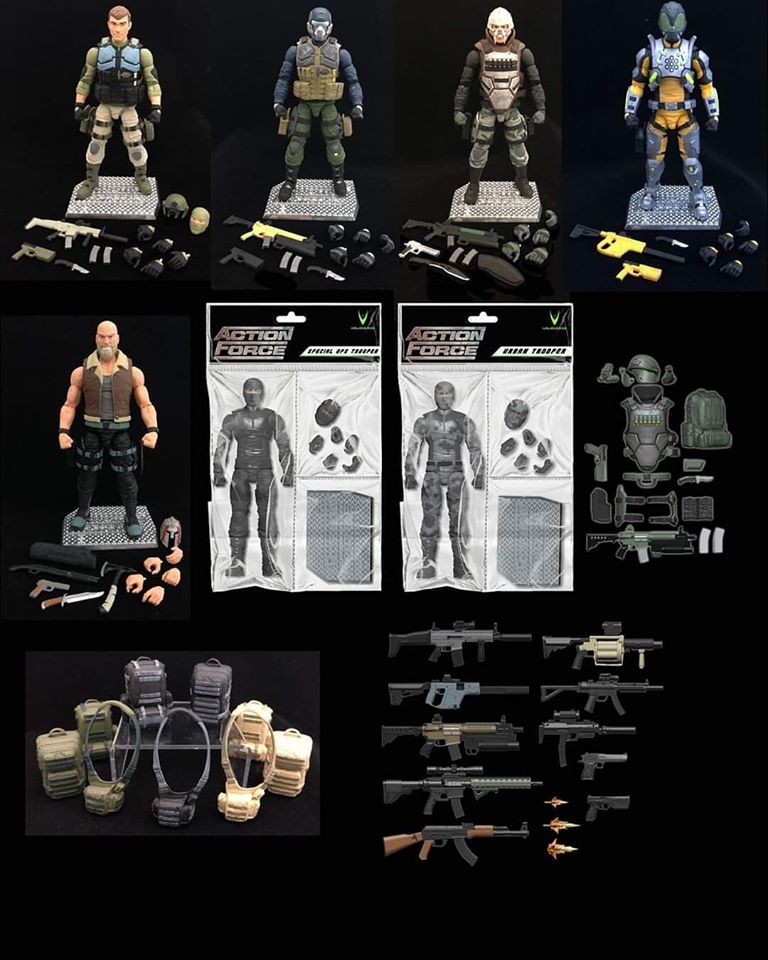 Please welcome Topps and Marvel artist Jason Mark Sobol to Augusta GA, June 27-28, 2020! He is also our toy package artist! Known for a friendly approachable personality you will want to get an art print or commission from him! 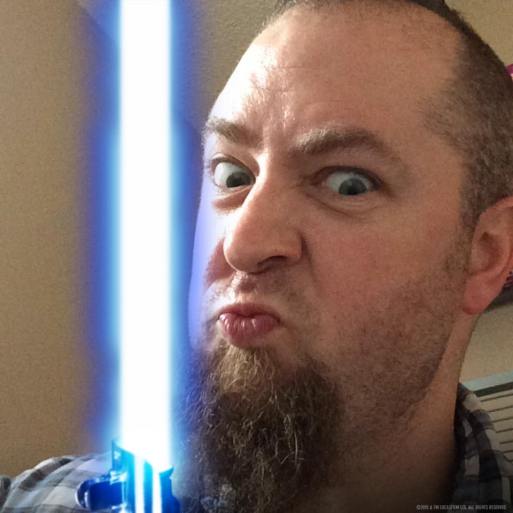 Kickliy is an American born artist that lives in France. He ia a award winning artist and novelist known for such critically acclaimed works such as MUSNET and his newest work PERDY. He is also an avid GI Joe toy collector and works for Image Comics. This is a rare opportunity to meet him as he usually frequents the larger cons in San Diego and New York. He will have a full line of art for sale, be available for autographs, and a few yet to be announced surprises!

Joining us for our third annual convention for the first time is superstar artist Rod Whigham!!

Mr. Whigham has an incredible talent for depicting real life actors through comic art. He has many covers to his resume and is is the interior artist for many issues of the Star Trek comic book!

He has also worked on many of the industry’s largest comic series including Doc Savage, Flash, GI Joe, Punisher, Betty & Veronica, the Phantom, Transformers, and many more!

Robert Atkins is a professor at SCAD in Savannah GA. He is widely known for his work on IDW’s G.I. Joe comic series, and has done work for Marvel and DC Comics. He is an avid toy collector too. He will be available for commissions, and autographs. He will also have prints for sale! Come out early for the best selection!

We ❤ anime art!! You’ll enjoy our next artist, the fabulous Tricey Chan! Find her on Instagram @magicalnekonotes !! Come our June 27-28, 2020 and meet and pick up some great anime and some of her other fantastic art!! 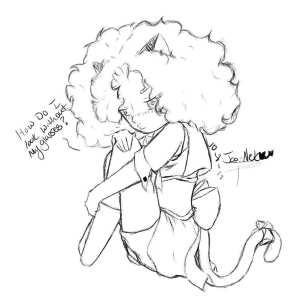 Chad is the writer for such titles as Youngblood, Swordquest, Ash vs the Darkness, Deadpool Bad Blood, and X-Men 92. He is also working on a joint collaboration title for IDW Publishing and HASBRO. Come out and meet this amazing writer and get an autographed book!

Tom Feister is an American comic book artist. He has been credited with many works at DC and Marvel Comics, but is widely known for his work on IDW’s G.I. Joe comic series. He is an avid G.I. Joe fan and known to many as a funny guy! He will be available to meet with his fans and will have prints for autographs and time for commissions too!

We are excited to announce Jason Bienvenu the Creator of the ANIMAL WARRIORS OF THE KINGDOM
and Managing partner of Spero Toy Enterprise will be in attendance June 27-28, 2020 in Augusta GA!!

These basic Figures will be for sale at the show along with factory samples of the Deluxe Figure line as well as a few other prototypes for future releases!
These are some of the hottest toys on the market and you’ll want to get yours autographed by the creator himself! Don’t miss this opportunity!! 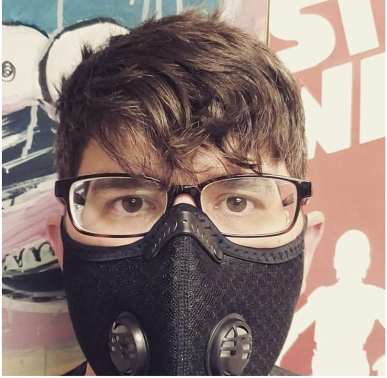 Brian is an author and illustrator at IDW PUBLISHING. He is widely known for his work on IDW’s G.I Joe and Transformers series. He will available for commissions and have prints for autographs too! Come out and meet this fantastic artist June 27-28, 2020! 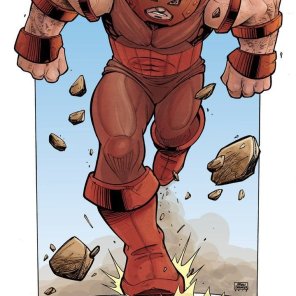 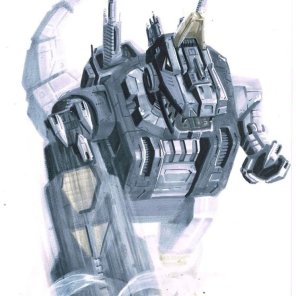 Robert Carson has spent many hours preserving and cataloging the art of G.I. Joe. He collects these restored images into collectibles such as art prints and books. Come out and meet this historian of G.I. Joe and bring yourself a rare keepsake. Also check out their newest kickstarter on their website http://www.3djoes.com to support their newest projects! 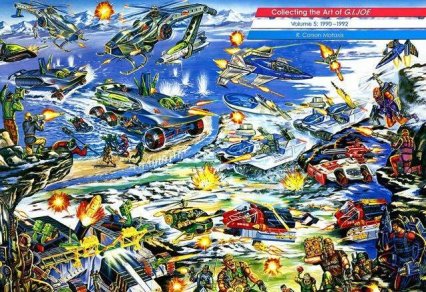 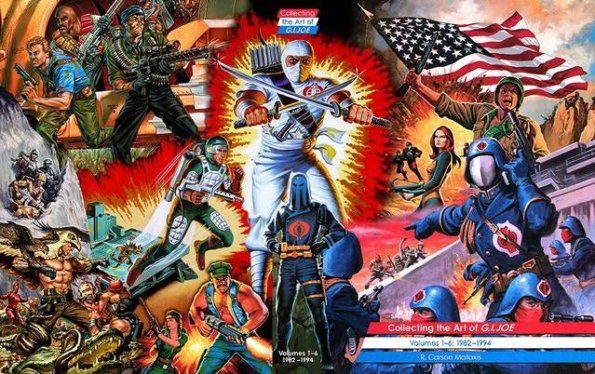 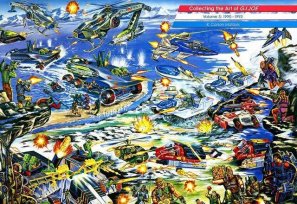 Travis is a local favorite around Augusta. He is the founder of the local writer and artists comic enthusiasts group CSRA Sequential Art Group. He has authored books such as Ground Zero Anthology. Be sure to come see him in Artists Alley II!

Come see members of the local chapter of the Finest, a G.I. Joe costuming group! Take some pictures and get some autographs!

Meet YouTube sensation, HCC788 to Augusta GA! Inspiring collectors by reviewing past great toys that have influenced a generation! Be sure to come out and get an autograph!

Biographies courtesy of Wikipedia.com and Google.com

Did you see @carabuono at the @sagaftra last night? Now see her at the @augusta_toy_comic_show June 27-28, 2020 in Augusta GA!! Meet her, participate in her panel and go home with an autograph and picture with her!! Tickets on sale now at Eventbrite.com and our website at augustatoyandcomicshow.com #carabuono #strangerthings @strangerthingstv #augusta #augustatoyandcomicshow #actress #sagawards #movies #tv #madmen #sopranos #women #movie #fashion #eveningdress #dress #eveninggown
Follow Augusta Toy And Comic Show on WordPress.com